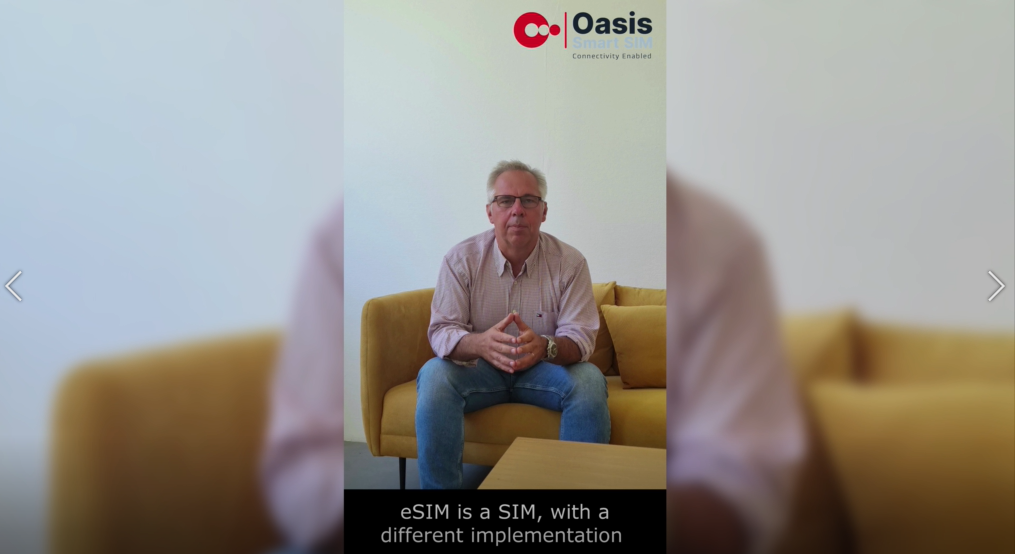 Is eSIM a Soft SIM?

We sit down with our CEO & President, Olivier Leroux to discuss if eSIM can be considered a soft SIM?

“Of course not! eSIM is not a soft SIM. eSIM is a SIM, with a different implementation, an additional level of security and more flexibility for profile lifecycle management. Of course in the eSIM, you have a software part, which has to be certified and has to be deployed under the rule of GSMA. But it remains an implementation which is extremely secure and provides an extra level of dynamic reprogramming and lifecycle management.”

Since their inception, the core functionality of a SIM card hasn’t changed. They remain a secure way for people to access a provider's network. In recent times however, the number of devices connecting to that network has grown. With the introduction of IoT devices, that growing number has increased exponentially. Having all these devices maintain a secure connection to a network can be problematic and as a result, differing solutions have been put developed.

But what are they and how do they differ

eSIMs or embedded SIMs are physical SIMs which are designed to be permanently installed within a device, removing the need for the user to switch SIM cards to switch networks. Unlike standard SIM cards, eSIMs are much smaller and take up much less physical space within the device. The sizing of eSIMs and the fact they are not removed makes them ideal for IoT devices, like smartwatches or cars. eSIMs also allow the user to hold more than one network within the same device at the same time, while both profiles can remain active to receive information at the same time.

In opposition to eSIM, a soft SIM isn’t a physical SIM, the functionality a SIM would offer is instead delivered onto the device virtually, or over the air, once the device is switched on. This information is then held in the memory of the device like any other computing equipment. Holding the information within the device has, however, led to concerns that these devices are more exposed to the threat of hacking, which if successful could lead to personal information being stolen and damage a telecom's trust and branding.

Reprogrammable SIMs or Remote Provisioning SIMs are physical SIMs that can be reprogrammed with the provisioning information from many different networks. Whilst these SIMs do have more memory to hold more than one operator profile, they can also be physically removed from the phone and replaced with another provider's SIM.

The future of SIM cards

While customers now find themselves with a range of options for SIM cards, global demand for eSIM is expected to skyrocket over the next few years. According to Mobilise, while there were 1.2 billion eSIM-enabled devices in 2021, this figure is expected to grow to 3.4 billion by 2025. Predictions by the GSMA also state that by 2025, 60% of all smartphone devices sold will be eSIM compatible.  We can see most of the major device manufacturers like Apple, Samsung and Google are releasing eSIM-compatible models, while in recent years Sony and Oppo have released eSIM-enabled laptops and other wearable technology.  The pricing of eSIM-enabled devices will also by this time have fallen to the point meaning the technology will be more accessible and widely available to all.